Have you ever wondered why so few female soldiers fought the second world war? Well, let's try to answer that question.
For much of the 20th century, women were supposed to be housewives; they could not acquire a mortgage, insurance or bank account for themselves and - in many countries - were not allowed to vote, or drive a car. In that sense, emancipation was almost non- existent.
However, in 1943 something drastically changed overnight. All across the world, the number of women involved directly or indirectly in the war effort boomed.
Women suddenly became a big strategic factor. However, there were big differences in the way this factor was used throughout the world.
The USSR was the most emancipated nation of them all. Does that come as a surprise? Keep reading!

"Rosie the Riveter" burst onto the scene in february 1943. She was the new role model for women, invented in the hope she would encourage women to get a job in the war industry.
This would free up millions of men for the army. Excellent idea, but did it work?
Yes, it did. Women went to work in the factories en masse. They learned the trade and took over from the men that enlisted. 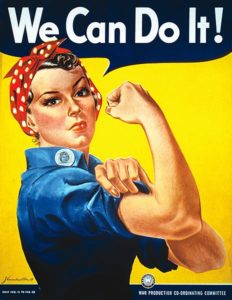 Female partisan and resistance fighters were fighting everywhere in the war. However, the Soviet Union was the only nation that allowed women to fight in regular front line units.
More than 800.000 women served in the Soviet army during the war. What's more, they were "not only to be employed as nurses and cooks" according to official policy.
Female fighters included snipers, tank crew, drivers and pilots. In fact, the only female pilots ever to become aces did so over Stalingrad, in their Yak-1 fighters.
The famous "night witches" kept the Germans awake at night, flying antiquated biplanes in all conditions. Some of these women are credited with close to 1.000 "sorties". All of these were flown over enemy territory, and at night. How about that for nerves of steel! 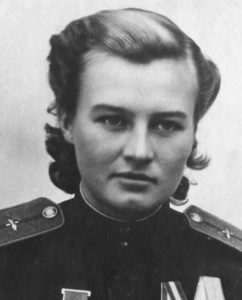 Many women served in the British armed forces, but none of them were asked to do combat.
Clementine, Winston Churchill's wife, fought for emancipation for many years. She visited factories and lobbied for better workers' circumstances, especially those for women.
Female RAF pilots were only allowed to ferry aircraft from factories to RAF facilities. Contrary to Soviet women, they were not allowed to fly combat missions in the RAF. You might well ask whether that was a missed opportunity! 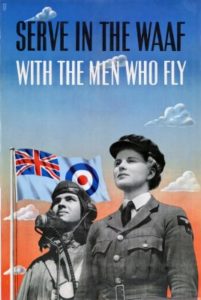 2.000 women applied to join the WAAF every week in 1943.
Image: wikimedia commons

The same thing happened in Germany, also in February 1943! German women suddenly started playing a different part in the war than before, be it for different reasons altogether.
The number of women in German military service was negligible when the war started. Women were expected to be housewives, raising new generations of soldiers.
Then, the German 6th army surrendered at Stalingrad. About 400.000 German casualties had to be replaced. Women were now enlisted to work in the Luftwaffe and the industry, to replace the men that were sent to the front. This massive reorganisation was one of the results of Goebbels' announcement of "Totaler Krieg".

For German women it ended up different than for women anywhere else. They were the vast majority of the "man"power that cleared the debris when the war had ended.
With the men still PoW's and the cities ruined, it was the women who made German cities inhabitable again. They did most of the work with their bare hands, and it took them years to get the job done.

The USSR was the only nation to train women in fighting roles. They recognised it would be foolish to think women can't fight. But why did the other nations not even bother to try?
Surely, in the years following the war, things changed - and in today's world, women are serving in just about every kind of military organization.
Indeed, some progress had already been made before February 1943, but the remarkable worldwide boom in female war involvement happened in one month in 1943.

For CtA - Gates of Hell, we might find the time in the future to integrate female soldiers. And maybe someone will add female characters via a mod, who knows?
Since we tend to follow history closely, like we described in a blogpost, female soldiers in the game would be a nicely realistic touch, agree?